Villa Baulieu: a tiny jewel on a platter 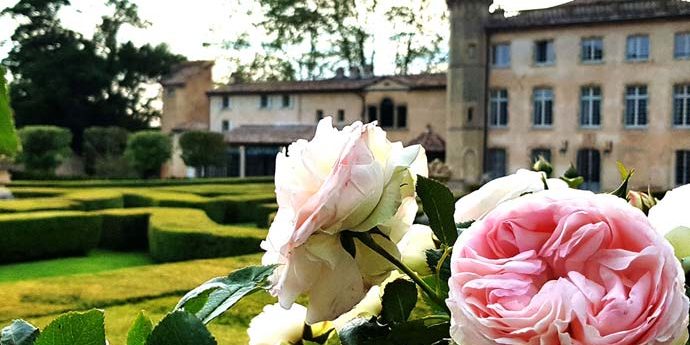 This Italian-style manor house, flanked by four turrets, stands out amongst the farmhouses and wine châteaux of south-east France. A former fiefdom of the Counts of Provence, and a dwelling for the most important families of the region such as the Alamanon, Oraison, Pontleroy, Tournefort and Candolle, the Villa Baulieu today boasts 11 bedrooms and suites dedicated to the most stylish of stays.

A monumental staircase leads to floors that open onto salons, evoking the splendour of yesteryear. The rooms and apartments each bear the name of one of the illustrious former occupants of the villa. Looking from the windows, one can see the rose garden, the temple of love where massages are sometimes given, a superb French garden and a swimming pool which blends into the surrounding greenery. The spectacle is harmonious, masterful even.

The discreet ballet of the impeccably-dressed butlers can also be glimpsed. Their gleaming saloon cars are parked in the court of honour, where guests are welcomed.

A site with a remarkable history

A point of interest: this little Provençal empire is in fact constructed on a former volcano crater filled of lava. Yet with no cone-shaped forms in sight, it is hard to imagine that an eruption indeed took place at the site some 17.5 million years ago. This distinctive moment in the land’s history conditioned its volcanic typicity and the geological diversity of the 140 hectares of vines used in the production of wines labelled Château Beaulieu or Villa Baulieu. Sold from family to family with each phase of its restoration, the bastion has, since 2002, belonged to the Guénant family, thanks to whom it has recovered its former spelling – Baulieu instead of Beaulieu – and the charm of an Italianate influence.

From the Joseph-Pierre Pitton de Tournefort room in an 1850s English decor to Bérengère d’Alamanon’s 18th century Provencal furnishings and bathroom, all of whose windows overlook the garden, behind each closed door of the Villa another world awaits discovery. And yet, the real highlights of the show are the suites. Take for example the Pierre d’Oraison suite, decorated in the Italian style with an imposing period bed and a bathroom covered in mirrors, complete with a shower head brought from the Loire châteaux, and a Louis XVI period piece of furniture – the suite exhibits a true abundance of genres from one room to the next. The Pierre Robineau de Beaulieu suite measuring 72 m2, for its part, takes its guests on a trip to the end of the 18th century through its wallpapers and period furniture.

All aboard for a wine safari

In an off-road vehicle, accompanied by a guide, guests are driven alongside the vines, up to the observatory, and given a comprehensive introduction to the land, the production method and the grape varieties. Nothing is missed out!

The visit also takes you on a tour of the Villa Baulieu park, its ponds, its streams and large trees, its almond, olive and truffle groves. In the outbuildings of the residence lies a wine cellar where you can taste the Cuvée Bérengère, a white wine—a blend of Rolle and Sémillon grapes—with notes of citrus fruit, white fleshed fruit, spices and fennel.

Set menus are available on demand. The Villa Bérengère, a Provencal bastide accommodating up to ten guests is also available to rent. The offer “Air, Relaxation and Vines” includes a room, massage, meditation and hammam experience, 535 €/ 2 guests.